What the fuck was he doing here? His head felt groggy and he didn’t recognise his surroundings; fear began to set in. He tried to wipe the sweat from his eyes but he couldn’t move his arms, it seemed  they were bound with something; perhaps he was paralyzed?  Had he been in an accident? Was this hospital?

What the fuck was he doing here? His head felt groggy and he didn’t recognise his surroundings; fear began to set in. He tried to wipe the sweat from his eyes but he couldn’t move his arms, it seemed  they were bound with something; perhaps he was paralyzed?  Had he been in an accident? Was this hospital?

He felt a pillow beneath his head and he rubbed his face against it, trying to clear his vision. Was that sweat in his eyes? Maybe tears, they both stung in the same way didn’t they. Had he lost someone? Had the hospital given him a sedative? Is that why he felt so sluggish? Why couldn’t he remember?

He tried to open his eyes again and the room came into focus. It wasn’t a room, it was a cell. Panicking now he calls out for someone to help him, to explain what the hell was going on; his strength gradually returning, he lifts himself from the narrow bed and lurches towards the steel door. He summons air to his lungs and screams in fear and frustration:

“Somebody tell me what the fuck is happening! What is this place? Why am I here?”

There’s no reply and he sinks down on the dank floor and starts to cry. What can he do? Does anyone know that he’s here? Maybe he can call someone but who? It’s then that the face of his brother pops into his head, John, he can call John, he’ll know what to do. Clambering upright he yells through the tiny opening in the door:

“If anyone can hear me, please, call John. Please! There must be someone there, I need to see my brother”

After a few interminable minutes he hears footsteps, someone’s coming……

“Alright Peter, calm down now” an older man with kind grey eyes speaks to him softly

“I’m sorry Peter but I can’t do that” there is sadness in the other man’s eyes but why..

“Then call my brother, call John, he’ll get me out, I know he will” he’s pleading now

“Peter, listen to me, John won’t be coming, not today”

“Nooo!” he screams at the man with the kind eyes and then bears his teeth at him in a vicious snarl

“You bastard, you can’t keep me here” he throws himself against the door, desperate to get at his captor

“Step away from the door Peter, I’m coming in” his voice is still soft but determined

Backing away, he wonders if he can make a bid for freedom and gets ready to run. His muscles tense as the door slowly opens to reveal the older man; he is flanked by two others, tall, powerful looking guys. They walk towards him with terrible purpose.

Peter looks around frantically but there is nowhere to run to. The brutish thugs grab hold of him, he can’t move. His eyes widen in terror as the kindly man walks slowly towards him, hesitantly now. He has something in his hand

“What’s that for? Get away from me? Who the fuck are you people?”

He tries to struggle free but he still can’t move his arms, he starts sobbing.

He feels the needle as it’s drawn from his neck but that’s the last thing he feels. His legs give way and he sinks into oblivion. The two burly men pick him up and lay him gently on the bed. One of them is new to this place and asks

“What happened to this one?”

The doctor looked at him and said quietly

“He murdered his brother. When his brother was 5 and he was 11, he took him into the woods behind their parent’s home and beat him to death, he then took a knife and cut out his eyes and his tongue. No-one ever found out why”

“So who’s John? Another brother?” the orderly was curious

“No, it’s the same one. He’s been calling for him for 12 years now, every day, the same cries. He has regular therapy but no-one seems able to break through and he is incredibly violent, that’s why he’s kept in the straight jacket most of the time” the doctor’s voice was weary

“But John’s dead, he killed him, how can he not understand”

“Because sometimes, when we do something too terrible to comprehend our mind steps in to protect us. The memory is so awful that the mind has no choice but to repress it”

This was written in response to another daily word prompt from the highly entertaining and irrepressible Fandango; it would seem that I am hooked on this challenge, why not have a go and see if it hooks you too :O)

Morning all :O) There are quite a few challenges and prompts circulating Wordpress at the moment so I thought I’d take up the gauntlet and give one a go. Here you have it then, my first attempt at Fandango’s one word challenge; today’s word is ‘tantrum’…….

Morning all :O) There are quite a few challenges and prompts circulating WordPress at the moment so I thought I’d take up the gauntlet and give one a go. Here you have it then, my first attempt at Fandango’s one word challenge; today’s word is ‘tantrum’…….

She is 28 years old and she stands before her husband, a rich and powerful man, 10 years her senior, with a look of defiance on her face. Her knees are weak with fear but she will be damned if she’ll give in to this bully that she married; she lifts her chin and prays her voice will sound strong…..

“What exactly are you accusing me of now?”

She’s tired of his temper, his pettiness, all the things he does to hack away at her self-esteem. A few weeks ago he was all over her, showering her with presents and now this; she wished she could just divorce him and be done with it all.

“You know what! You cheated on me, you slept with another man; more than one!”

Her husband roars her, his spit hitting her face with the force of his words. He is determined to break her this time, bend her to his will

Despite her disgust, she does not flinch. The accusation is entirely without merit, he knows and and she knows it but rather than simply deny it she says quietly

“You’ve been seen. People have told me”

His face is red with anger and he gesticulates wildly as if to indicate her accusers. Why can’t she just admit that it’s all her fault, he asks himself; the new woman he’d been seeing didn’t get on at him like this. He’d made sure that she knew who was boss right from the start. The thought of her surrender brought a faint smile to his lips…

“Your so-called friends you mean? The ones who’ve been lining their pockets by sucking up to you and pandering to your ridiculous vanity?”

She’s almost laughing at him now, knowing that she’s touched a nerve.

“They showed me something that one of them wrote to you, a little love letter”

He says it in a sing song voice but his eyes are cold and it takes everything she has not to back away from him.

“So someone writes me a love letter and suddenly I’m guilty? Oh grow up!”

He raises his fist and she’s sure that he’s going to hit her, she can’t help but shy away, he’s completely lost control.

“You’re a whore and you will pay”

Several days later, as Anne laid her weary head on the block, she wondered at the absurdity of losing her head because her husband had lost his; it had really been nothing more than a royal tantrum…..

Do you like challenges? Fancy testing your writing discipline? Then why not have a go at this :https://carrotranch.com/2018/07/12/july-12-flash-fiction-challenge 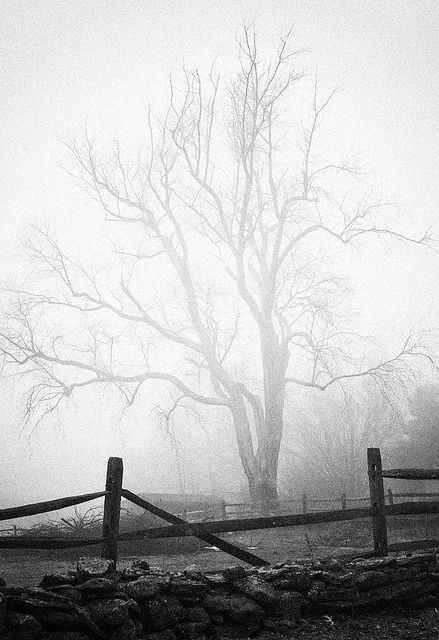 Do you like challenges? Fancy testing your writing discipline? Then why not have a go at this :https://carrotranch.com/2018/07/12/july-12-flash-fiction-challenge

“Hello. Miss, can you hear me?

“Who are you? What happened?”

“I think you fainted love”

“Do you want some water, I’ve got a bottle in the car”

“Here you go, drink that. I was worried about you, one minute you were standing, just staring, then you collapsed.

“Thanks. The broken fence……….it bothers me”

“I don’t want it mended. It reminds me”