The story broke in the morning papers, a few hours after this respected elder statesman had finally been told what he had been accused of. He left the police station a broken man, broken by questions and accusations and into the waiting glare of the press, waiting like hyenas to capture the perfect image of his shame and confusion. 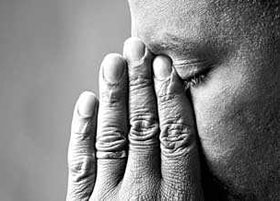 “Would you mind coming with us please Sir”?

“What’s this about officer? It’s late”

“We need to talk to you down at the station Sir; some allegations have been made against you”

“Allegations of what? Look, what’s going on?”

“Please come with us Sir”

He looked back into the concerned eyes of his wife, took his overcoat from the stand in the hallway and followed the policeman through his front door and into the waiting throng of press, gleefully snapping away,  enjoying his discomfiture.

The story broke in the morning papers, a few hours after this respected elder statesman had finally been told what he had been accused of. He left the police station a broken man, broken by questions and accusations and into the waiting glare of the press, waiting like hyenas to capture the perfect image of his shame and confusion.

Barricaded behind his front door with his crying wife and shocked children, a prisoner in his once happy and tranquil home, he discovers that he is not the only one plunged into this nightmare. Friends and former colleagues have been dragged into the gutter with him; their names and faces plastered over newspapers, the internet and social media, their characters muddied. He takes a call from one desperate friend who is trying to comfort his wife, she has dementia and has been traumatised by the search on their home by police looking for ‘evidence’ against him.

“What is it that they’re looking for? They’ve turned everything upside down; the wife is beside herself, you know what’s she’s like if her routing is disturbed. They’re asking me to remember events from 30 years ago for Christs sake, I can’t remember what I had for breakfast yesterday!”

He could hear the break in his friends voice as he tried to make light of things.

“I don’t know what to say to you my friend. We have an accuser and, apparently he has been believed, the police didn’t offer any ‘evidence’, just questioned me…..for hours”

He could hear the weariness and frustration in his own voice and he rubbed a hand across his face as if trying to erase the lines that seem to have deepened since yesterday; God was it only yesterday?

He turned his attention back to his friend who had even more shocking news for him. A colleague who had died two years previously was accused along with them

“For the love of God, the man’s dead! This is going to crucify his family, haven’t they suffered enough already?”

The two men finished their conversation and went back to their waiting families, unable to answer the terrible questions that hid just behind their eyes.

No charges are brought but the trial by media begins. His photograph is everywhere, the terrible accusations are in print for anyone to read: rapist, kiddie fiddler, beast, monster. He can’t sleep, can’t eat. He ventured out only once, he needed to feel fresh air in his lungs and his poor wife needed more tranquilizers to help her keep her sanity; it was the only thing that he could do for her, except swear over and over that it wasn’t true.

He wouldn’t be able to enjoy life outside for many months after that day. The vile words that were thrown at him like stones, the people with their cameras and their tape recorders crowding around him, taking the breath from his body. He did what he had been told and kept silent but he was so angry that he wanted to lash out at them, smash their stupid bloody cameras and scream

He was experienced in the world of politics, he should be after 45 years, so he knew that they would make up their own stories however many times he denied the accusations; their readers lust for salacious gossip encouraged their poison pens and lined their pockets.

He was right. The stories continued, the hate, the filthy comments, all of it. Of course, their home had had to go, how could they go on living there with all this going on? They’d made a new start somewhere far away and were trying to have as normal a life as possible but he knew that his wife still cried every day although she did her best to hide it from him. Losing his job didn’t help; after all his years of faithful service he was thrown out like a sack of rubbish, not because he had been found guilty of anything but because the accusations ‘hurt the party’.

He hurt too. He was hurting.

They found his body in his car, surrounded by empty pill packets and an equally empty bottle of scotch. Ever the perfectionist he had arranged everything so that someone else would find him; he couldn’t bear to cause his wife and children more suffering than he had to…….he’d done enough of that already. His note read:

“I am sorry for the pain that I have caused to you, my family, and I am sorry that I am not strong enough to continue living this life. I did none of the terrible things of which I’ve been accused; I hope that you will believe me in that. I have no guilt in this matter other than than for the suffering that you have been through because I am who I am. I love you all so very much but you will be better off without me; maybe now it will stop and you can all live again. I’m sorry”

Two weeks later the same papers that had driven him to take his life and ruined the lives of his friends and colleagues reported, quite dispassionately, that the accuser of these men had lied. The police had taken his word as fact and the media had picked up the baton and beaten them all with it. The man who cried rape was a fantasist, he had dreamed up the whole thing: the child rapes of 30 years ago, the pedophile ring, the murders, all of it.

He would, of course, be charged with perjury; the police would make sure that he got his just deserts, after all he’d cost them a small fortune between the investigation and the payoffs to the innocent men that he’d accused………

This story is mine but is based on this article  which was published today.

7 thoughts on “The Man Who Cried Rape…”