According to my Mum these were the first words out of my mouth when I was a kid; I’m convinced she’s lying because they would have taught me to say ‘Mum’ or ‘Dad’ first surely? I mean, why would they have taught me to say why first? It’s madness! I think she only says this because I asked A LOT of questions and most of them were unanswerable

According to my Mum these were the first words out of my mouth when I was a kid; I’m convinced she’s lying because they would have taught me to say ‘Mum’ or ‘Dad’ first surely? I mean, why would they have taught me to say why first? It’s madness! I think she only says this because I asked A LOT of questions and most of them were unanswerable:

“Why is the sky blue Mummy?”

“Because that’s the prettiest colour for sky darling”

“Yes but WHY Mummy?”

I was about 3 and obviously wouldn’t have understood a more technical explanation but, come on, she wasn’t even trying with that answer! 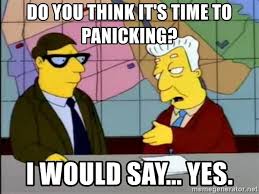 You can see how that would get wearing after a while. The problem is that, 50 years on, nothing’s changed; I want to know why people behave the way they do, if they mean what they say and, if not, why did they say it?!? How will I know if they meant it, what questions can I ask to establish the truth? Now, this is all very well if I was part of a summit on Global Peace but all these questions could arise as a result of someone saying “Sorry I can’t make it tonight”……..

Why can’t you make it? What’s happened? Is it serious, should I be worried? Why are you sorry? What aren’t you telling me? Are you really sorry? Don’t you like me any more? What have I done? Why are you doing this to me……..?

Of course, if I used this time to send a text along the lines of

“Why what’s up? Everything OK?”

I’d no doubt get the reply:

“Yep all good, my boss is just making me work late” with one of those roll eye smilies.

“Ok, no problem, see you soon” With one of these :O) and probably a kiss or two.

Why do I do that? Annnndddd there I go again, do you see what I mean? I kind of get now why Mum was so keen on teaching me to read; she probably hoped I’d get some of my millions of questions answered……….no scrap that, it just kept me quiet. 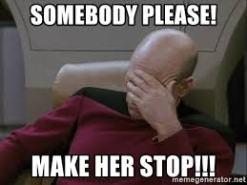 It’s not just personal stuff either, I’m like it with everything, especially things which really have no definitive answer. For instance, religion, psychology and the law all fascinate me for exactly the same reason – they are all open to interpretation and this is where my insufferable need to know WHY can come in useful. Over the years I’ve asked so many questions on these subjects that I’ve learned to appreciate both sides of an argument. I’ve also learned that if you ask ‘why’ enough people will often defeat their own arguments and get all flustery and tied up in knots which is very handy when someone is explaining their no returns policy in a shop………

If you are an author I should probably confess here and now that some of you have been the targets of my ire in my quest to know everything. I mean why, for the love of God, would you write 300 pages of a gripping, page turning novel and then NOT explain WHY the lead character disemboweled his mother-in-law with a spoon? I mean, come on!!!  Thinking about it I should probably also apologise to a few directors as well. I’m sorry, you can have as many special effects and car chases as you like but if you can’t explain WHY you had that 30 second shot, at the beginning, of the detective morosely staring at the clown as he danced with the small white dog, you have just ruined the whole film! Ruined it!

I remember one of my very intelligent and, with hind sight, very patient friends trying to explain Darwinism to me……that was a lllloooonnnnnngggg conversation:

“Look, I explained all this over 2 hours ago, why are you still going on about it?”

“Well, I get that we, as humans, descend from apes and, that we evolved as a species over hundreds of thousands of years due to tiny changes which occurred across multiple generations but………I’m sorry I know I keep going on about this but I just don’t get it…if all that’s true WHY do we still have apes?”

I think my friend got drunk that night; well, anyway, that’s the only reason I can think that he ended up sitting on the kitchen floor, sobbing and muttering to himself…….

So, that’s my worst fault (or faults if you breaking down into over-thinking, over-analyzing, verging on neurotic and possibly veering towards obsessive compulsive on a bad day. Thinking about it you could probably add in being over critical or book and film endings and driving my friends and family crazy on a semi-regular basis). Tell me about yours – I’d love to hear from you.

Have a great day everyone ;O)

p.s. Why do we say that? Why everyone? It’s not like I hope that everyone has a good day…….sorry, asking for a friend………….