For many generations we have accepted that people, when they reach a certain age become diminished in some way and don’t have the same capabilities that they had in their earlier lives but why are we so willing to accept that? 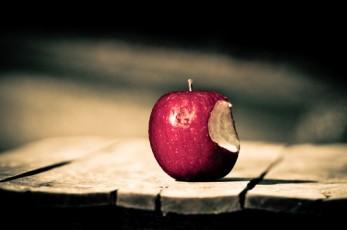 Much of what we learn over the years comes from our parents and, often, their beliefs and opinions come from their parents and are passed along without question. In years gone by couples would live with one set of parents or the other until they had enough to buy or rent a house of their own and, later as a sort of quid pro quo the aging parents would live with their grown up children. It was always assumed that the children would be looked after by the parents for a given period and then the roles would be reversed when it was deemed that the parents could no longer look after themselves. For many generations we have accepted that people, when they reach a certain age become diminished in some way and don’t have the same capabilities that they had in their earlier lives but why are we so willing to accept that?

Society has a great many ways of reinforcing this stereotype. How many times do you hear the words:

“Not at your age surely”

“Mutton dressed as lamb” etc etc but just because there is a stereotype it doesn’t mean that we have to conform to it. Which one would you rather be? Someone who takes a nap in the afternoon for wont of something better to do or someone who ignores everything they’ve ever heard about getting older and goes out there and grabs whatever life they’ve got left enjoying every magical second?

Perhaps you’ve said it yourself in the past, “No Grandad, you go and sit down and I’ll do that” or “No don’t you try to do that, I’ll do it for you”. It may be that your Grandparents are or were perfectly capable of doing whatever it was that they wanted to do but they constantly received the message that their place is relaxing in a chair and doing nothing. Eventually, people will usually conform to what is expected of them especially if the idea is being constantly reinforced. We have advertisements for funeral insurance for people over 50, we have pensions and bus passes; we have medical tests for certain deadly diseases once people reach a certain age. This is all well intentioned I am sure but it does rather send out the message that we all better slow down and prepare ourselves for death once we’ve had a few too many birthdays.

We have had these attitudes passed on to us our whole lives but it doesn’t make them right and they certainly shouldn’t dictate how we live our lives. There are many things that we can do physically to help us live better for longer but a great part of how we live comes from our thoughts and attitudes; if we listen to the people who tell us we can’t, we won’t!

Meet the 86 year old nun who competes in triathlons, those punishing endurance trials that many people half her age wouldn’t even contemplate. She says “the only failure is not to try”.

This is the 92 year old Marathon runner who has beaten cancer twice! She says “I think you have to feel that you can do it and keep saying that to yourself”

Maybe not all of us will run marathons or compete in triathlons but who knows what we are capable of until we get out there and try. Ultimately, we all have a choice, we can accept the words of our forefathers and ‘grow old gracefully’ or we can go out there and experience all the wonderful things that life has to offer before it’s too late.

7 thoughts on “The Sins of the Father”